Business aviation and private jet charters epitomize “à la carte” services: day of operation, departure and arrival times, itinerary, type of aircraft, level of service on board, absolutely everything can be “customized” in order to perfectly meet the needs of the most demanding passengers, whether they are businesspeople, sports celebrities or public figures fond of ostentatious luxury. But if there is one area where originality is definitely not an option, it has to be the exterior of the aircraft. Indeed, anonymity and discretion are often absolute requirements of frequent passengers in private jets; choosing the most unobtrusive livery possible, i.e. white or light grey in 90% of cases, helps to fulfil this mission.

Yet some people choose the exact opposite direction; a basic white Cessna Citation? Definitely not  for them! They want to be identified and recognized wherever they land and therefore want to stand out from the business aviation crowd. Thus, the top managers of a world-famous American sportswear brand travel the world in an orange Gulfstream G550, sporting a livery resembling the first sports shoes of the brand, and flying under registration N1972N (birth year of the brand). We can also mention Lewis Hamilton and his Ferrari-red Bombardier Challenger 605 (which he already sold), or more recently the rapper and producer Sean Combs (also known as Puff Daddy) who boasts on social networks his magnificent Gulfstream “Black Excellence” private jet, entirely painted in black lacquer and managed by a 100% “African American” crew. Another all-black Gulfstream G450, but in matte this time, belongs to Italian fashion label Prada, which has made a specialty of making black items chic and conspicuous. After all, when you’re willing and able to spend millions of dollars on a private jet, choosing your favourite colour freely is the least you can ask for.

The Gulfstream G550 of a famous American sportswear brand

Nevertheless, it remains very rare for private jet operators or scheduled airlines to deviate from the traditional white for their liveries. This indeed would have a number of drawbacks.

First, exterior fuselage paints are less expensive to buy in white than in other colours. While this saving factor is clearly important for regular airlines that own dozens or even hundreds of aircraft and struggle to save every euro, that is not really the case for our rich private jet owners.

Moreover, to obtain a very dark and homogeneous colour, more layers of thick, pigment-rich paint will need to be applied. Thus, an all-black jet will weigh slightly more than an all-white jet, which, in the long run and after several thousand flight hours, will end up costing a lot of money in additional fuel consumption. 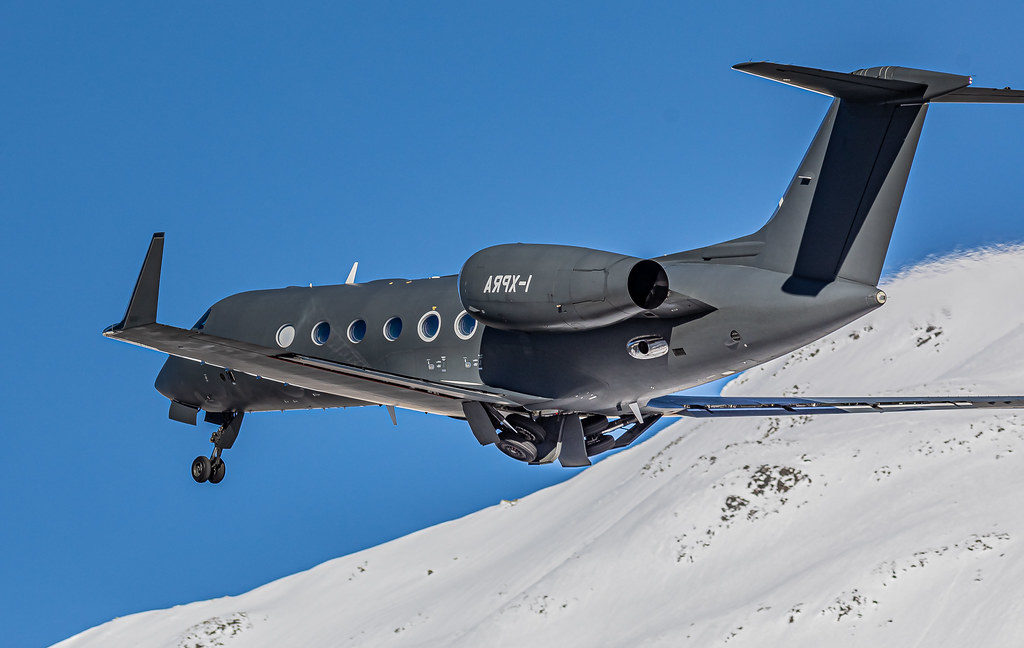 But the real economic problem is elsewhere. As all car owners know, black colour absorbs sunlight while white reflects it; thus a black private jet, parked on a tarmac in the open air, will become heated much faster by the sunrays than a similar all-white jet. Under the sun, with a 35-degrees Celsius air temperature, the surface of the fuselage will quickly approach a temperature of 100 degrees Celsius, enough to burn your skin on a simple contact. It will then be necessary to spend much more time and energy to cool down the cabin before departure. The same phenomenon also occurs during cruise, resulting in higher fuel consumption and therefore a more expensive operation.

A higher fuel consumption is not the only disadvantage of a dark livery. Aviation maintenance experts claim that the white colour of an aircraft fuselage makes it much easier to identify certain anomalies (traces of oil, small impacts, micro cracks, etc.) and therefore makes maintenance more reactive, more efficient and ultimately less costly. Some experts also claim that a white aircraft is less easily confused with the surrounding scenery, especially during take-off, which allows birds that are often venturing around the runways to spot it early enough and avoid a collision. Thus, a black private jet, less easily visible, would be more likely to suffer very costly and dreadfully dangerous bird strikes than a white private jet. 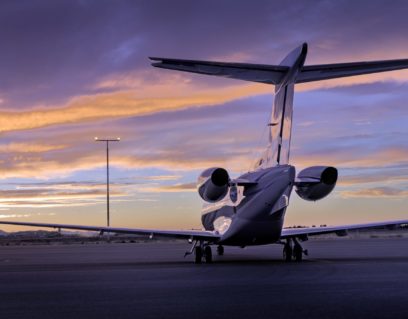 Blog
Avico Guide: how to rent a private jet and at what price?

Avico Guide: how to rent a private jet and at what price?   Renting a private jet is not as simple as renting a car. One has to be ...

A global network with 11 officies accros the world